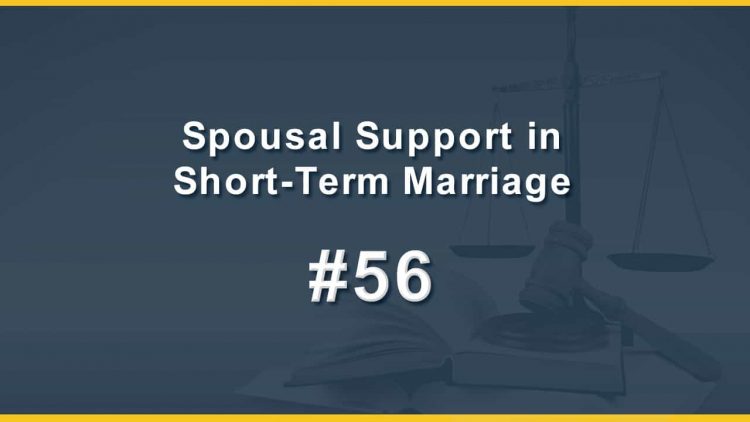 Michelle Ogborne: So, we often see lots of our clients coming in, and one of the biggest questions that they have is spousal support. Are they entitled to it? If so, how much and how long?

Steven D. Keist: Yeah, almost every case it seems like people are interested in spousal support, and whether they’re entitled to it or not.

Steven D. Keist: And of course, we have these sorts of I’m unwritten rules in the legal profession, where we believe that if a marriage is only a certain length, then spousal maintenance really isn’t an issue. But there are no hard and fast rules, right, it’s this objective thing. It’s not like child support where just do the math.

Steven D. Keist: So, less than a 5-year marriage you’re going to have a tough time getting spousal maintenance out some exigent circumstances. Wouldn’t you agree?

Michelle Ogborne: I agree, especially in the litigation context because, while they’re not clear rules like you said Steve, attorneys and judge’s kind of have these unspoken rules that we kind of follow implicitly right, and that’s really what we’re talking about. And because there are no clear rules, we get a lot of unpredictability in the results that we see. In fact, there was this great CLE with some judges just a few years ago.

Steven D. Keist: Yes, there was a CLE 88, I believe eight Superior Court judges, they gave them each a fact pattern and asked them to say what they would determine the spousal maintenance should be and we got eight different results.

Michelle Ogborne: Yeah so, if you’re in the litigation process and spousal support is something concern to you, just know that there’s a lot of variability and it’s unpredictable what your outcome could be.