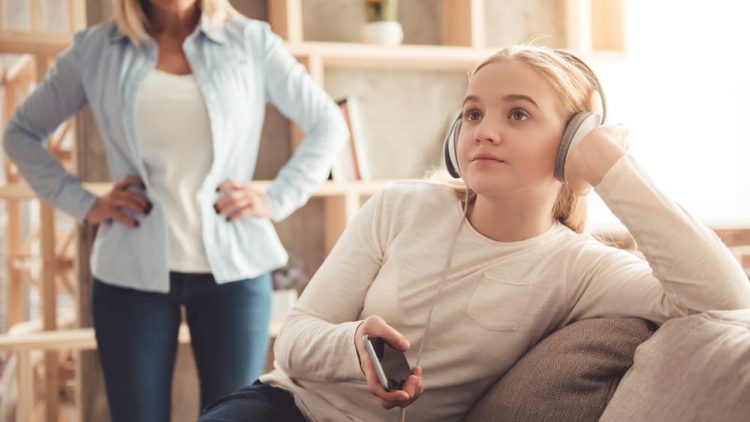 When parents tell their young children about divorce, it may be easier than telling teens or young adults. Children have fairly predictable responses and usually ask questions for which parents can prepare. Teens can be emotional and unpredictable. They may even ask uncomfortable questions and put you on the spot.

Self-blame is a common reaction after telling children their parents are getting divorced. Young children often link their behavior with their parents’ divorce, thinking that if they were “good” their parents would stay together. Teens may lash out at their parents, but secretly wonder if they are the cause of the divorce.

Fears for the Future

Children of all ages wonder “what’s next” when they learn their parents are getting divorced. Teens and young adults have exposure to divorce via their friends’ families. Unfortunately, this may hinder, not help, their adjustment.

Teenagers are likely to dramatize the bad and brag about the good. Such as the friend that has to live with a step-parent and kids from previous marriages and feels miserable. Another friend hasn’t seen his mom in weeks. However, it may not be all bad. Another friend celebrates two birthdays, two Christmases and her spring breaks are much more exotic than before her parents were divorced.

How Teens and Young Adults React to Divorce

Unlike a clingy toddler, teens and young adults often withdraw when they learn about their parents’ divorce. Teenagers are unpredictable in nature and divorce isn’t immune to that. Some teen reactions and behaviors may include:

It doesn’t matter how old they are or how bad their home life has been. When their parents are getting divorced, kids are afraid. One of the main reasons couples choose collaborative divorce in Arizona is its family-first structure. A communication coach can provide the tools you need to respectfully interact. Neutral financial professionals can help you lay the groundwork for a more financially secure future. Your attorneys work with you to help make decisions with your family in mind.

When divorcing parents put their kids first, everything seems to fall into place a little easier. A collaborative divorce can give co-parents the tools to help kids cope, and in turn, where spouses may have lacked communication skills, they can transition into functional co-parents.   Parents can become a united front and minimize the triangulation that children often resort to when coping with their parents’ divorce.    Contact Best Legal Choices for more information.